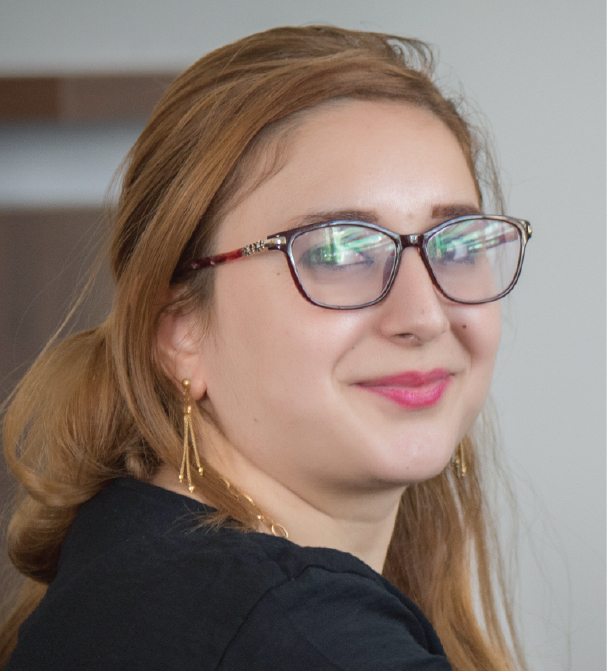 Gofand, 23 years old, from Syria living in KRI since 2012. She was awarded a scholarship from the HOPES scholarship funded by the EU through the ‘EU Madad Fund’ to pursue a Master’s in Public Law at Salahaddin University

“I come from a family of 13 members and in such a large family, we couldn’t have anything we wanted. Perhaps, it was the reason that pushed me into education and gave me the will to obtain a high-level certificate and have a good life. During my year of baccalaureate, the disaster began and we faced bad circumstances. My father fled to the Kurdistan region of Iraq as a political refugee and for these reasons, I could not continue my studies in the universities of Syria after passing my baccalaureate year. We had to seek refuge in KRI just like other Syrians. After I had completed the required documents and enrolled at a university in Erbil, I asked my father not to accompany me on the first day to university, because I did not want him to see his strong daughter in a moment of weakness.

I remember that while I was walking on campus in Erbil for the first time, towards the unknown, I burst into tears. I had recalled many years in a few minutes—my dream of studying at Aleppo University, discussions with my friends about the university and how we will be together. We had distributed the chores among us at the university dorms, talked about everything, but did not know that fate would keep us apart. This campus, the university campus, had expanded into kilometres with all the thinking and memories, and I could not see anymore as my eyes were filled with tears. I was asking myself where am I heading to, I did not know anyone, I did not know their dialect, and I was so scared as if I was in a jungle. None of the students I met understood Arabic. A few days later, I had to join the university dorms because we could not find a place to stay. The most frightening part was that I did not know anyone and could not understand anything. I spent a whole day without food or drink, and no one approached me or welcomed me. I could not sleep that night and I was afraid, as everyone was a stranger to me. Later on, I got closer to the girls and barriers had disappeared.

I did not stop dreaming. My dreams have no boundaries. I am currently working on my thesis under the title of “The Legal Status of the Political Refugee”—a study in the framework of international agreements. I have chosen such a dissertation topic to show the status of refugees, their rights, obligations and legal status. I would like to thank the HOPES scholarship that made me and my parents cry with joy, that helped me realise what I used to imagine, that turned my dreams into reality. I plan in the future to study the English language at a university and to turn my Thesis into a book. I also intend to pursue doctoral studies, and hope I will get a scholarship that could fund my studies in order to fully achieve my dreams, help me forget what I have lived in the past, and compensate for what I have lost. But I can only thank the deprivation that made me passionate about studying, that gave me willpower, and that drew my path. My willpower and strength are not about succeeding but excelling—not only for myself, but for all the Syrian girls that I represent and that I want to encourage, who will see that nothing is impossible and that it is possible to overcome challenges.”